This project started out as a series of workshops with the OutYouth group in Plymouth, a group for LGBTQ+ young people aged 11-19.  They wanted to focus on messages of diversity, inclusion, and positivity, so we designed and created a large scale mural in the ground of their youth centre.  We were then joined by another group, Plymouth Hope, which is for refugee young people and is associated with Plymouth Hope Football Club.  They painted the word ‘hope’ in many different languages, with the final touch being to outline the whole thing so it read ‘hope’ in giant letters.

Working with both youth groups on such an important project about inclusion and unity was a real privilege.

The final stage was for the young people from OutYouth to add an augmented reality aspect to the wall to really bring it to life! 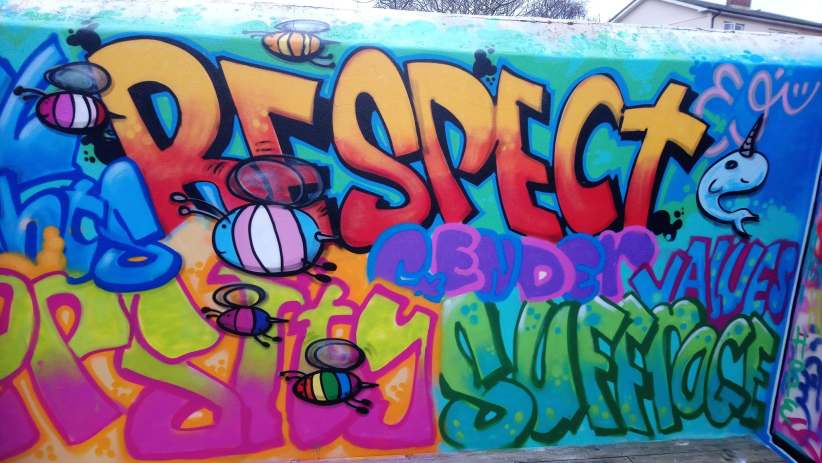 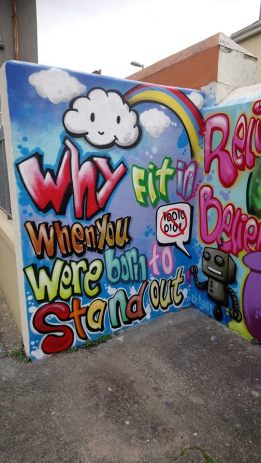 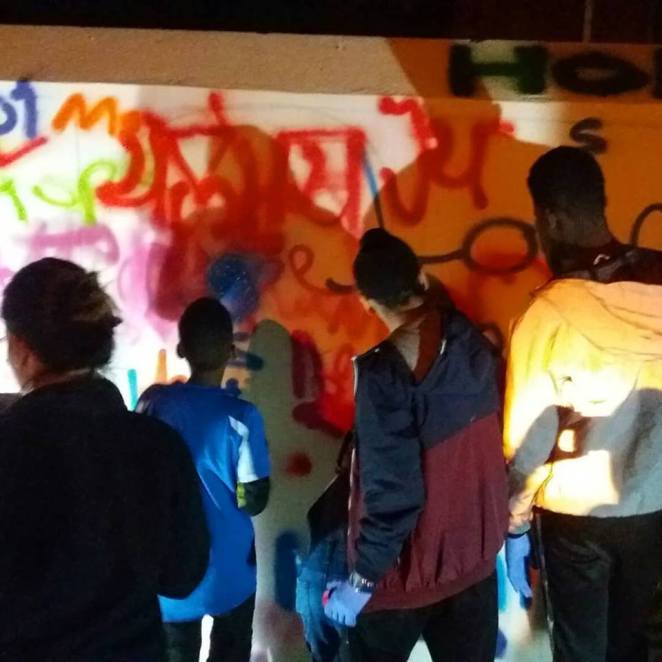 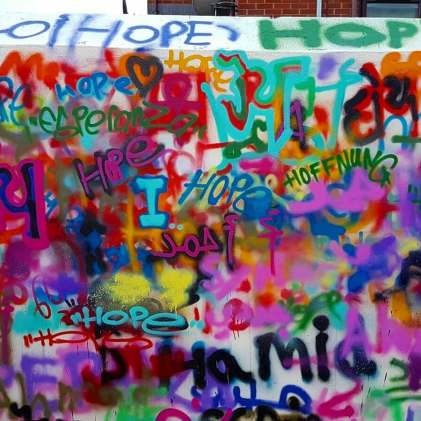 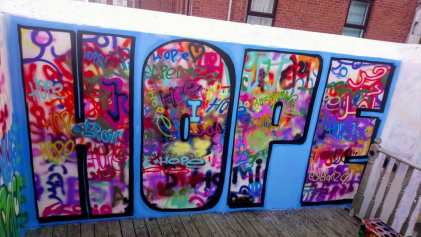 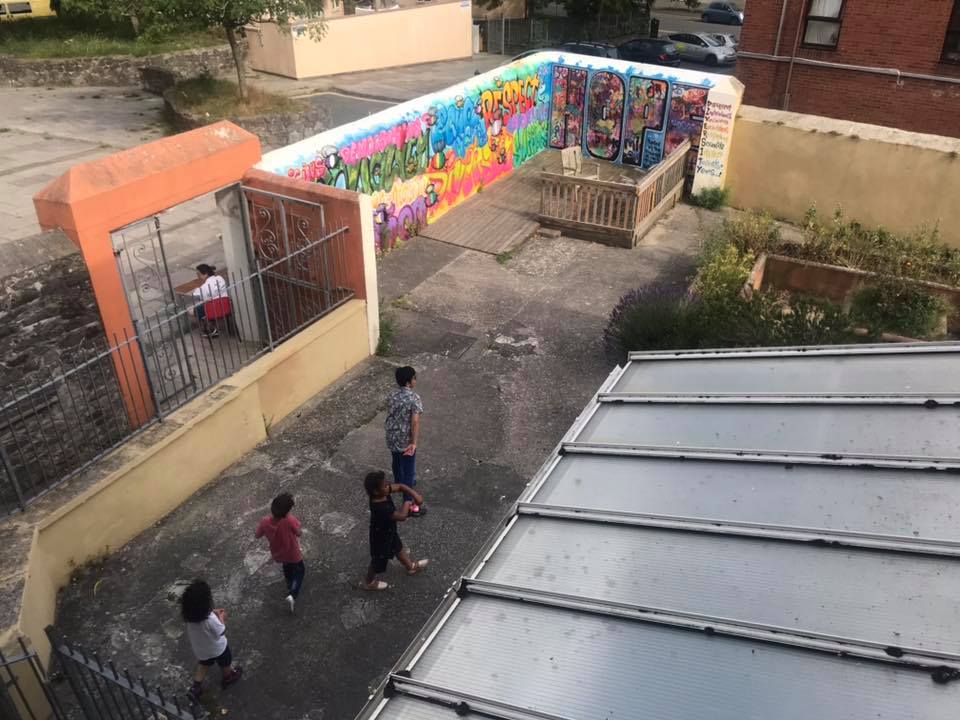 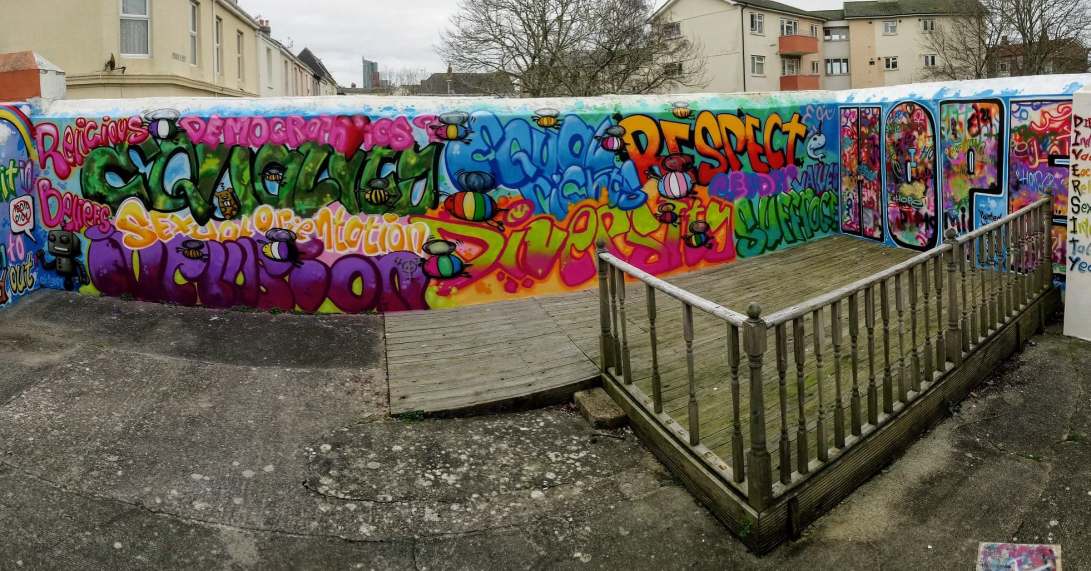